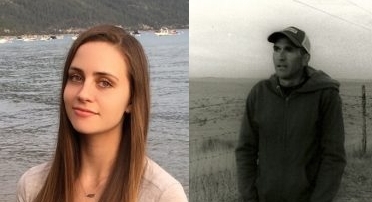 Bull City Press is pleased to announce that we will be publishing two chapbooks submitted during our summer 2016 Chapbook Open Reading Period: Little Climates by L. A. Johnson, and Everything, Then and Since by Michael Parker.

L. A. Johnson is from California. She received her MFA from Columbia University and is currently pursuing her PhD in literature and creative writing from the University of Southern California, where she is a Provost’s Fellow. Her poems have recently appeared or are forthcoming in The American Poetry Review, The Southern Review, the Antioch Review, Iowa Review, Massachusetts Review, and other journals.

Michael Parker is the author of six novels – Hello Down There, Towns Without Rivers, Virginia Lovers, If You Want Me To Stay, The Watery Part of the World, and All I Have In This World–and two collections of stories, The Geographical Cure and Don’t Make Me Stop Now.   His short fiction and nonfiction have appeared in various journals including Five Points, the Georgia Review, The Southwest Review, Epoch, the Washington Post, the New York Times Magazine, Oxford American, Shenandoah, The Black Warrior Review, Trail Runner, Runner’s World and Men’s Journal.  He has received fellowships in fiction from the North Carolina Arts Council and the National Endowment for the Arts, as well as the Hobson Award for Arts and Letters, and the North Carolina Award for Literature. A graduate of UNC-Chapel Hill and the University of Virginia, he is the Vacc Distinguished Professor in the MFA Writing Program at the University of North Carolina at Greensboro and since 2009 has been on the faculty of the Warren Wilson Program for Writers.  He lives in Greensboro, North Carolina and Austin, Texas.

When we opened submissions under the “pay what you want” format, we committed to publishing one collection.  The support we received from our community of readers and writers allowed us to increase that to two chapbooks.  A hearty thanks to everyone who embraced our vision for this reading period– one of access for all writers, regardless of socioeconomic status.  We will hold another open reading period in summer, 2017.