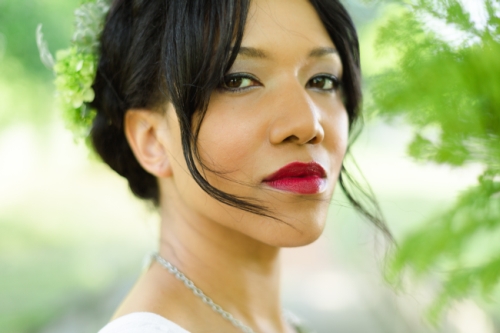 Equilibrium will be published in summer 2016 by Bull City Press.  Clark will attend the 2016 Frost Place Poetry Seminar, directed by Patrick Donnelly, as The Frost Place Chapbook Fellow. She will have the opportunity for a one-week writing residency in the historic home of Robert Frost, now The Frost Place, and she will give a featured reading during the Seminar.

Tiana Clark is the winner of the 2015 Rattle Poetry Prize. She is an MFA candidate in poetry at Vanderbilt University where she serves as a Commons Writer-in-Residence and the Poetry Editor for Nashville Review. Her writing has appeared in or is forthcoming from Rattle, Best New Poets 2015,Crab Orchard Review, Southern Indiana Review, The Adroit Journal, Muzzle Magazine, Thrush, The Offing, and elsewhere. Tiana graduated from Tennessee State University where she studied Africana and Women’s studies. She serves on the board for The Porch Writer’s Collective, a local non-profit literary center. Tiana received a scholarship to The New Harmony Writers Workshop, and has recently been awarded funding from the Metropolitan Arts Commission for her community project, which provides creative writing workshops for trans youth at the Oasis Center. Find her online at www.tianaclark.com.

2016 judge Afaa Michael Weaver had the following praise for Equilibrium:

Equilibrium searches for that point where there is a balance, even as the poems display a consciousness and self awareness that belie that balance. The poems negotiate the colossal movement of hearts figuring and being figured by history. This is a voice that knows the intelligence of passion, that moves through and inside the questioning of who we are in the structures of things we give the power to name us until a song sends us out to question the territory. The poet moves with the exactness of math or physics, with the fearful knowledge of careful imbalances that would have us believe in equilibrium, and with the assuredness of art that knows all is change, that the semblance of order is creation, something we are given the gift of imitating in some small way. The poems in this collection summon the largeness, the volume of a voice that disembodies itself in order to search for the love that made it whole.

In addition to Equilibrium, the editors at Bull City Press have also selected Then Winter by Chloe Honum for publication.  Then Winter will be released in early 2017.

Chloe Honum was born in Santa Monica, California, and raised in Auckland, New Zealand. Her first book of poems, The Tulip-Flame, was selected by Tracy K. Smith for the 2013 Cleveland State University Poetry Center First Book Prize, and named a finalist for the PEN Center USA Literary Award and winner of Foreword Review’s Book of the Year Award. Her honors include a Ruth Lilly Fellowship from the Poetry Foundation and a Pushcart Prize, and her poems have appeared in The Paris Review, Poetry, The Southern Review, and elsewhere. In fall of 2016, she will join the English Department at Baylor University as an Assistant Professor of Creative Writing.

The following manuscripts were semi-finalists in this year’s competition: